My husband, Tom Vinje, was diagnosed in March 2008 with a glioblastoma brain tumor. He passed away seven months later, in October 2008. We were together 11 years, married for nine.

Tom was one of those guys who could light up a room with his smile—and that laugh! Oh, how I miss that laugh. Thank God I have it recorded on video. Tom and I had so much in common. We were both from big families. We liked the same music, loved traveling, eating out and entertaining at our home in Minneapolis.

‘How Did You Get Through It?’

We had a lot of fun together and made each other laugh. He used to call me his “Lovely Little Snickerdoodle” or “Snicks” for short. I was 18 months older, but you would have thought it was 15 years the way he went on about it!

Throughout Tom’s illness, I had people tell me how strong I was and wonder how I was able to get through it. The honest answer is: I just did it.

I have found that when tragedy strikes, I am a person who springs into action and feels the emotions later. I want to know what I can do, what needs to be done—and then I do it. During Tom’s illness, I felt like a freight train that had no plans to stop.

I Had to Keep My Focus

I remember thinking that I couldn’t let outside influences and emotions get to me because I had to be there for Tom. He was my focus and greatest priority. I had to keep that focus so that I wouldn’t fall apart.

After his last significant hospital stay, I knew it was time to bring Tom home. While his Mom, Ginny, his sisters, and my family felt intimidated by how much care Tom needed, I knew with every fiber of my being that my husband needed to be home.

We All Became Caregivers

Never imagining ourselves as caregivers, everyone took shifts during the week while I was at work, and our nephew, Tony, took the night shift. But complications were setting in, and it became more difficult for us women to be able to move Tom so he could be comfortable and safe.

It was a Sunday morning when Tom transitioned into the loving and waiting arms of family and friends who had gone before him. While I was happy for him, I was sad for all of us. I knew the hard part was just beginning.

So Lost in Grief

Grief is a very unforgiving emotion. There is no question it did a number on me. I have never felt so lost in my life. All these years later, I can still tap into it, just by talking about what Tom went through. The despair, anxiety and inability to focus were something I had never experienced to that degree.

And, full disclosure, I am still struggling with my focus and decision-making processes on some levels. Despite years of therapy, journaling on CaringBridge—a lifeline for me—and re-framing Tom’s illness and death as I wrote my book about our life together, I still find that some things are not as easy for me as they once were.

Through it all, my honey has found ways to reach me from the other side. Over the years, he has sent me so many little signs and messages—through dreams, other people, the radio, his favorite bird, the eagle, and in other ways as well.

The day of Tom’s funeral was Oct. 31, 2008—Halloween. The sun was shining; it was about 70 degrees. We were at the cemetery after the service, a group of us standing around after Tom’s buddies did a 21-beer salute to him.

As I stood alongside his casket, looking at the eagle ornament I had asked the funeral director to put on it,  I heard Tom’s brother, Gary, say, “There’s an eagle!” We all looked up and everyone started clapping and cheering.

A bald eagle flew from a leafless tree, and as it soared above us, I heard Tom say in my mind, “I’m free!” I knew then that my husband was happy.

Can You Ever Fully Heal?

In the years since Tom’s death, I continue to take great comfort in all these subtle messages I have received from him. They mean everything to me. They were, and still are, an integral part of me knowing that he is around and watching over all of us.

And while I don’t think it is possible to ever fully heal from such a loss, I have learned to live with it. Doing things to help other people makes me feel close to Tom and helps my soul feel more whole again.

There is a quote about grieving I saw a few years ago that really touched me. I share it here so that maybe it will help someone else going through a loss like mine:

“Grief never ends…but it changes.
It’s a passage, not a place to stay.
Grief is not a sign of weakness, nor a lack of faith.
It is the price of love.”

Chrissie Betlach Vinje is a widow who documented her husband’s illness and death as well as her grief on the CaringBridge. Her hope is that others will develop a better understanding of life with a serious illness and can benefit from her experiences. She lives in Minneapolis. 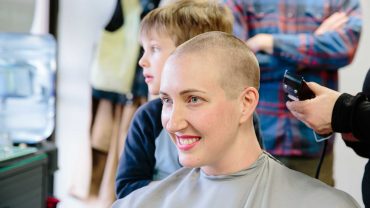 I’m Grateful for my CaringBridge Community, and Always Will Be 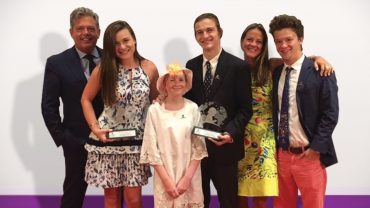 Love Shines Through, Even in Bleakest Moments of Brain Cancer Journey 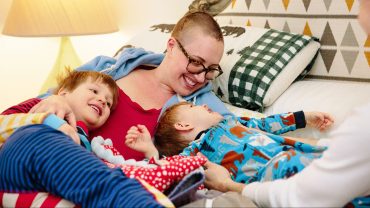 How We Heal Podcast: Caroline Wright