Having her chickens come home to roost helped heal Tanya Bailey of St. Paul, MN, during and after treatment for cancer in her left tonsil, at the base of her tongue and lymph nodes.

Tanya is a social worker, therapist and animal-assisted interactions specialist at the University of Minnesota. She runs a program in which the campus community can interact with registered therapy animals, including chickens.

Based on research that shows connecting with animals can reduce a person’s blood pressure and heart rate, the program is designed to be a stress-reducing outlet for students and staff.

After receiving a cancer diagnosis in late-summer 2016, Tanya needed to reduce her own stress, and began to see the benefits of bringing her work home with her.

“Animals have been one of the most influential factors throughout my life, especially when times have been tough,” she said. “Having chickens that I work with in a therapeutic context as my sources of support has been a huge part of my healing.”

Tanya’s cancer treatment was aggressive. She had aspired to some form of business-as-usual, but by week two she remembers feeling housebound. “I needed to rest. I was tired and did not feel good,” she said.

But the chickens provided a distraction. “I had to take care of them. I had to physically go outside to be with them,” Tanya said. “It helped me forget what I was going through. It put me into the present in a different way. I did not lie in bed.”

As chemo and radiation took their toll, Tanya watched a lot of what she called “Chicken TV.” She didn’t have much energy, but managed every day to take a few steps into the back yard, where she connected with nature and sat on a bench in front of the chicken coop.

“I would just sit and watch them,” she said. “They all have personalities, and they’re so happy to see me. For that moment, not only was I smiling and engaged, but it removed the thoughts of, ‘What’s going on with me?’”

Don’t tell the others, but Tanya’s favorite of her five chickens-in-residence is Atilla the Hen, nicknamed Tilly. (Name courtesy of her husband, Peter.)

It’s partly the plumage, suggesting Andre Agassi’s Wimbledon-winning mullet in the 1990s. But it’s mostly because the registered therapy chicken, and her flock of friends, have helped heal the therapist, on the therapist’s own terms.

“I had seen other people go through cancer, and decided how I wanted to do it,” Tanya said. “This was not something evil, or that I would feel angry about. I called it an uninvited visitor. It came, it stayed for awhile, and we asked it to leave.”

And it did. Tanya’s health is restored, and she is healed, too. Her cancer has—with apologies to Tilly & Co.—flown the coop. 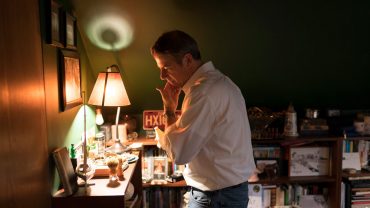 Caregiver’s Advice: Take Care of Yourself, Too 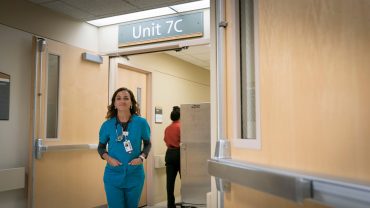