Ashley Gleitz of Cold Spring, MN, turned to music after being diagnosed with breast cancer in 2016, at age 24.

“Singing and being able to worship and really just cry out to the Lord in those times … I really believe that is what brought me my healing and my peace,” she said.

Music has always been Ashley’s outlet. She started singing when she was really young, and her parents had her start piano lessons when she was 7. In middle school, Ashley took up guitar.

So as she struggled to accept a shocking diagnosis for one so young, and endured the aggressive cancer treatment that followed, Ashley needed her music.

“There were so many nights I would be feeling different emotions, and I would just go to the church where I worked, late at night, by myself,” she said. “And I would just go and sit at the piano and play for as long as I could, until I felt like the emotions that I had inside of me were able to be released.”

Ashley said she just sang her way into the truth.

“My Dad would always say that your life and its surroundings are a direct reflection of your own attitude,” Ashley said. “I really chose to have an attitude of positivity and choosing to be joyful, despite my circumstances.”

But it was not always rainbows and butterflies. Ashley said she remembers days where she felt defeated and broken down and weary. There were times when she was not sure if she could keep going.

Ashley’s dear friend, Rachel Parsons, made a series of choices, too. All of her choices were directed at helping Ashley heal.

“What I had to do was be there for every chemotherapy treatment I could be at,” Rachel said. “I talked to my work and I said, ‘This is what I’m choosing. Either you guys need to come alongside this choice, or we’ll figure something else out.’”

The church where Rachel works did come alongside her choice, and she still works there today.

On behalf of Ashley, Rachel also chose hope. “Sometimes you ask the question, ‘Why does this happen to this person?’ But I just know that there is hope. And why not believe in something that can give you that peace and joy and comfort.”

During her health journey, Ashley used CaringBridge to process her diagnosis and the Ways to Help section of her site to activate a GoFundMe campaign for financial support and the Planner to coordinate help. An interdisciplinary team which reached across University of Minnesota Health, UMN Medical School and Masonic Cancer Center came together to provide Ashley with the care she needed. 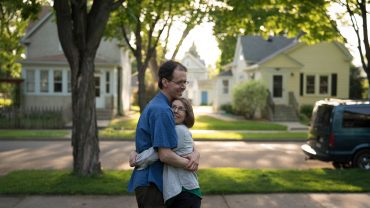 Michael: Trust Your Own Intuition